Governor Nelson Rockefeller Republican from New York, trying to get President Lyndon Johnson to give him some public assistance from the Federal level to deal with some small business issues and problems that were going on in New York City. Perhaps having to deal with riots or other social unrest the city was going through in the mid and late 1960s. Which was a rough time for New York during this period with high crime and high poverty and other issues dealing with social unrest in a city of roughly eight-million people that was crucial to the whole State of New York. 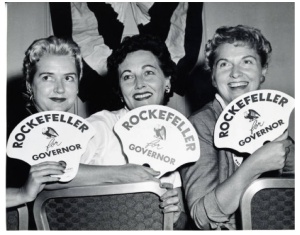