David Pakman: Study- ‘U.S. Is An Oligrachy, Not A Democracy’ 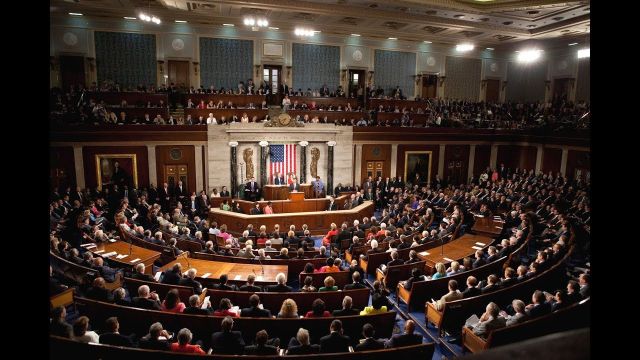 Source:David Pakman Show– A joint session of the U.S. Congress

“–Study: The U.S. is an oligarchy, not a democracy

his girlfriend’s passport to travel, more.. ”

Source:David Pakman: Study- ‘U.S. Is An Oligarchy, Not a Democracy’

America is a democracy in the form of a Federal Republic.  We have a Federal system with fifty-states and three levels of government. Federal, state and local.  In contrast, the United Kingdom  has a unitary system where most of the power resides in London, with the national government. We are not a democracy in the pure majoritarian sense where the majority can always rule over the minority.  This is a damn good thing that I’ll get into later.Majority will can not violate the First Amendment or any of the other amendments in the Bill of Rights. Overturning these provisions requires agreement by two-thirds of the fifty states and two-thirds of the members of Congress.  As the Far-Right is learning in the Federal court system, government can’t treat gays as second-class citizens simply because of their sexuality even if the the popular will is in favor of that.The Far-Left and Far-Right statists are learning that just because they have the so-called popular will on their side and their ideas seem good to them,  they may not hold up as law if they are unconstitutional. The nanny statists in New York learned this in 2012 with their efforts to prohibit the sale of jumbo soft drinks. I view America as a liberal democracy in the form of a federal republic. That is we elect our own leaders but also have freedom in own lives.  Our democracy needs to be guarded better to see that people with a lot of money don’t have undo influence at everyone’s else’s expense.  The recent campaign finance rulings of U.S. Supreme Court are making this very difficult.

Blogger on everything that interests me and that I'm knowledgeable about.
View all posts by Derik Schneider →
This entry was posted in Opinion and tagged Democracy, Federal Republic, Majority Rule, Oligarchy, Popular Vote, Popular Will, Social Democracy. Bookmark the permalink.