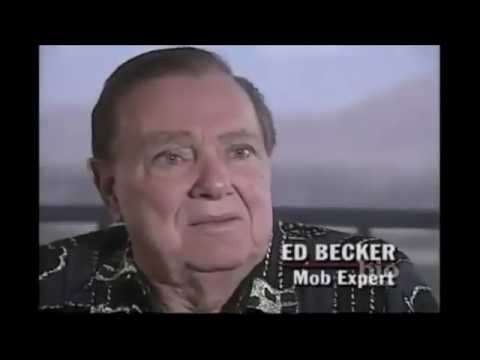 “Gambling has always been a very important business in the Mafia. From card games to betting on horses and other sports, the Mafia has earned cash from all of them. They operated many illegal and luxurious gambling operations throughout the United States. Police officers and law enforcement agencies were in the payroll of the Mafia Bosses and ignored the gambling operations. However, a major event occurred which forever changed the history of gambling and casinos in the United States. The state of Nevada legalized gambling in 1931.

Even though gambling had been legalized, no one paid much attention except the local cowboys and some men from nearby military bases. Las Vegas was a dirty town in the middle of the desert with a few gas stations, greasy junk food diners and a few slot machine emporiums. Las Vegas in the early 1940s was not an attractive place to do business or live. The Mafia didn’t catch onto the huge moneymaking potential of Las Vegas until after World War II ended. Al Capone had eyed the town with great interest but never got onto completing his plans of turning it into a hotel and casino haven for tourists and travelers.

Las Vegas remained Mafia free until the Mafioso Meyer Lansky and Bugsy Siegel realized the potential for Las Vegas. The timing could not have been better. Before the formation of Las Vegas, American tourists looking for a great time had to go all the way to Cuba. In Cuba gangsters were welcomed by the corrupt Batista regime, casinos were plentiful, and the profits were huge. Around a decade after the opening of the first casino in Las Vegas, Fidel Castro’s Revolution swept Cuba. So, the people were left with no other alternative for legal gambling than going to Las Vegas.”

Las Vegas was perfect for the Italian and Jewish-American mobs because it was a physically large but a barely populated city, with great potential to become the entertainment capital of the United States, which was not the case for Cuba, Florida, etc.  The State of Nevada itself was a huge area with a small population that these mobsters could easily control by offering them jobs in their dubious businesses.

Benjamin Bugsy Siegel (the great Jewish mobster) and Howard Hughes saw what Vegas could be before anyone else, which would be a haven for money and for business that they could develop by bringing in people from all over the country, especially the West, and from outside the United States.  They could run legitimate profitable businesses but also cover up criminal activities.

The Italian and Jewish mobs, along with Howard Hughes and a few others, made Las Vegas what it is today, the entertainment capital of the United States, where millions of Americans and foreign tourists go every year to spend their hard-earned money, lose some money, and make some money, but also have a great time and escape their everyday tedium, which is the city you see today.