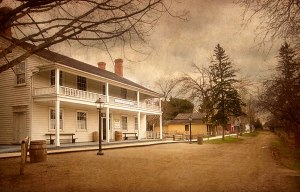 Here’s an area where the public sector can work with the private sector and it is in the area of self-improvement for convicted inmates. So they can build up their lives and have a real shot at succeeding on the outside making a good living legally. And never needing to go back to jail or prison. It is pretty clear that locking up prison inmates and simply just keeping them there until their sentence is over, or just simply releasing them on the outside expecting to fit back into civilized society on their own, does not work. And that we need a new approach and this is where a public/private partnership could work.

If you want to talk about what happens to ex-inmates once they get out of prison as far as empowering them to build a successful life for themselves, we should say that all ex-inmates upon release from prison would then have to serve at a halfway house at their expense. Which would be like an apartment building or hotel for ex-offenders where they would stay and get help finding a job. And whatever rehabilitation service they may need as well so they can function successfully in society. Where they would have an outside job while still staying at the halfway house. Plus having a job inside the halfway house to help keep the place running.

The way this would work would be pretty simple. A prison releases inmates and then finds a halfway house for those inmates based on applications these places send to prisons. And then they get rewarded with the contracts to manage these ex-inmates in their houses. Until they are completely ready to be independent and live completely on their own. And the beauty of this approach is that the ex-inmates would pay for these services themselves. With money they get paid from their jobs outside of these homes.