Posted on November 4, 2013 by Ederik Schneider

.
This post was originally posted at FRS Real Life Journal on WordPress

Don’t worry Wizards fans, the Bullets as they were called back then and I wish they were still called now, or at least something that actually has something to do with Washington, instead of Los Angeles, which is what the Wizards sounds like, but the Bullets won this game. Michael Jordan having a big night for, Da Bulls! But no other Bull doing much damage to the Bullets, who as a team scored 119 points against, Da Bulls! During this game, after already wrapping up another playoff spot in the Eastern Conference. In reality, MJ wasn’t by himself before Scottie Pippen, as far as having other players who could score. This Bulls team also had Orlando Woolridge, Gene Banks and Charles Oakley. But for the Bulls to beat really good teams and even deep teams, that the Bullets were back then, MJ had to do a lot of the work on his own. 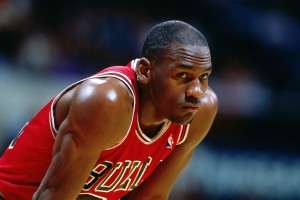