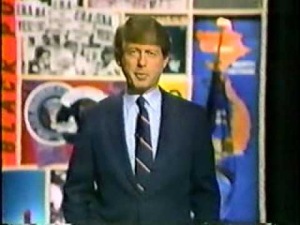 This post was originally posted at FRS Daily Press Plus

It would be another thirty-years until I was born when World War II was officially over in 1945. So it’s not like I can talk about post-World War II America with any personal experience. I’m going off of what I’ve learned about it from books, publications and documentaries. But this was a time when America came back and came back stronger than it ever was, at least to this point. The Great Depression was finally over and America was moving again. Emerging as the economic, diplomatic and military power of the world. Russia was obviously a major competitor to us from both a military and diplomatic perspective. But America was the power because of what we stood for.

America transitions from a depressing time of economic depression and war, to a period of peace at least abroad, but not at home. To where we were the military and economic power of the world. And where we could influence any part of the world that wanted what we already had. Peace, freedom an independent and developed economy. We rebuild Europe after Europe destroyed themselves. We rebuilt Japan after they attacked us and we practically destroyed them to end that war with them. America had it all from an economic and military perspective and were prepared to use it to further our interests around the world. When Harry Truman became President of the United States in 1945, he really was inheriting a powerful great giant of a country. That had never been stronger.

America was not just moving again, but moving to not just be as strong as we can at home, but abroad as well. Neoconservatives I think love this time, because America was fighting to expand democracy and freedom around the world. Not just in Europe, but in the Orient in Japan and the later Korea. America perhaps overestimating their strengths and power and underestimating China’s and Communist Korea by trying to unite all of Korea under a democratic system. And as a result we left Korea deadlocked between a communist North and a democratic South in the 1950s. But South Korea thanks to America, is one of the strongest countries in the world today as well. This was an incredible time when America almost seemed invincible.