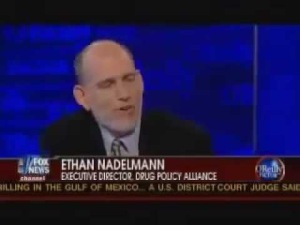 One of the reasons why the War on Drugs does not work. Is because its contradictory, because it tries to protect people from themselves. But then sends people to places jails and prisons that are worst for them than marijuana supposedly for their own good. A lot of government laws are reactive and contradictory. People get sanctioned after the fact. And the punishment for their supposed crime is worst in many cases than the actual crime itself. Like doing 3-5 years in prison for simply possessing, or selling marijuana.

Or selling marijuana, even to a sober competent adult who just happens to want marijuana. Americans by in large know that the War on Drugs simply does not work. They know why their taxes are high, because they are being forced to subsidize people who could take care of themselves on the outside. And it’s really just the big government Neoconservatives and paternalistic Progressives, who if they could would outlaw anything that is not healthy for people, who haven’t figured out the so-called War on Drugs doesn’t work and we need a new policy and policies in how we deal with narcotics in America.

Advocates for marijuana legalization and ending the so-called War on Drugs, are not calling for marijuana legalization, because they think that we should all get high. And always throw caution to the wind and that everyone should not only be on marijuana, but use it all the time. What we tend to say is that we’re talking about a drug that has similar side-effects as alcohol. And throwing people in jail for using a drug that has similar effects as alcohol, is not a good use of taxpayer resources. Especially when the economy is slow and government budgets are tight to begin with. And when marijuana legalization would be a benefit both to the economy and with tax revenue.