If you believe that government’s job is to protect its people even from themselves and you believe in big government, (whether you’re even aware of it or not) that people by in large are stupid and irresponsible and they need to be protected from themselves from making bad decisions, well for one I feel sorry for you. Because you’re probably one of those people that aren’t too bright and need Uncle Sam (no ones favorite uncle) and you need your Uncle Sammy wiping your ass and escorting you across the street to protect you.

If you don’t like alcohol, tobacco and marijuana, pornography, congratulations. Your heart and the rest of your body will thank you for it. Because you’ll probably not consume those products in your life. Or least not much of any of them but that doesn’t give you right to tell others that they can’t use those products either, because you don’t like them. The dangers of marijuana, alcohol and tobacco are about the same. Tobacco is probably the worst of the three, but it’s legal.

Here’s some advice and stay away from those products and mind your own damn business. Also stay away from those people who use those products. Because you’ll probably just bring those people down. Send perky people who enjoy life into depression, leaving doctors wondering what the hell happen. We have property rights in America, meaning we own our material items, but we also own ourselves. We are responsible for our own decisions good and bad in life.

I don’t agree with Bill Maher on much, he’s a Progressive and I’m a Liberal and yes we are different. He does believe in big government when it comes to the economy and I don’t. But on these social issues like marijuana, Bill Maher and people like Ethan Nadelman who’s done a lot of work in America about educating people on marijuana, know what they are talking about and should be listen to. And people who believe in Big Brother and Big Sister, the nephew and niece of Uncle Sam, need to get lives and perhaps try some of the products they despise. It may loosen them up. 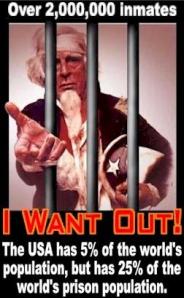