Sommer 57: Video: What the Ideal American Political Candidate Looks Like

.
This post was originally posted at FRS Citizen Journal on WordPress

The movie The Candidate from 1972 where Robert Redford plays a young idealistic Progressive Senate candidate, who gets the Democratic nomination for this California Senate seat, running up against a three-term incumbent Republican Senator, the Washington insider of Washington insiders, to me represents what Progressive grassroots politics looks like.

Bill McKay played by Redford, essentially gets recruited as well as his name, by the Peter Boyle character. Another big shot Washington insider in the Democratic Party. Who runs political campaigns for a living, to run for the U.S. Senate. Because the Washington insider played by Peter Boyle believes he represents what voters at least in California are looking for. And because of who McKay’s father is, might be the guy who can beat the Republican in the election.

For Progressives who are interested in politics, The Candidate represents how to run for public office. By not starting off as a Washington insider, but working in the private sector at the grassroots level. And know exactly what that is like and then running for public office. By picking up some quality experience in your own movement and using that once you get in public office.

Bill McKay in many ways represents what American voters, well lets say they say they look for in politicians. Someone who speaks straight, is honest, tells the truth at least almost all the time. Tells people what they believe and what they want to do with a sound, clear consistent message. Who doesn’t believe they are better than, lets say average people because they are running for office and have had a very good education.

Bill McKay is not Joe Average who is just happy fixing cars or building houses and retiring and collecting a small pension and Social Security. With enough money to support his family. But he is someone who can communicate with those people because he has worked with them and helped them do better in life. Not someone who talks up to people, or talks down to people. But speaks in a straightforward lets say working class way that everyone can understand. But does it intelligently.

Bill McKay a Progressive Democrat coming from the Left, but not someone with a new government program and tax to solve everyone’s problems for them. But what he does is talk to people to see what they are thinking and to figure out how they are doing. And tells them what he believes should and can be done about those issues so those people can help themselves. And if you look at Bill McKay for Senate in 1972 and Bill Clinton for President in 1992, they aren’t that different in how they approach, politics and communication. 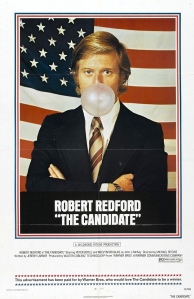