The Atlantic: The Wire: Dino Grandoni: Jon Stewart Shows That Pandering Can be Tricky

Posted on February 19, 2012 by Ederik Schneider 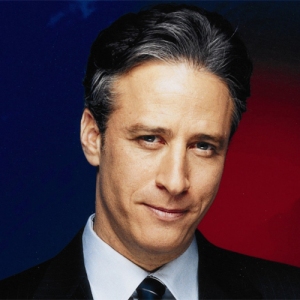 This post was originally posted at FRS Daily Journal on WordPress

The Atlantic: The Wire: Dino Grandoni: Jon Stewart Shows That Pandering Can be Tricky

Telling people what they want to here is the easiest thing to do. Whether you’re a politician, or candidate, or not. But it’s probably more tempting to tell people what thy want to hear when you’re an incumbent or candidate, because you need votes and more votes than your opponents in order to get elected or reelected. And if you’re somewhat addicted to your job, (like an obese person addicted to all you can eat meat lovers buffet) meaning you can’t imagine a good life outside of public office, then its more attempting to tell your voters what they want to hear.

You can tell progressive voters in metro areas that you support gun Control. And then tell conservative voters in rural areas, that you’re pro-2nd Amendment and anti-gun control. The same candidate or politician giving different messages on the same issue. But to different voters. Or in John Kerry’s case and I think he gets a bad wrap here, so I’ll make this bipartisan, but when you’re considering running for President back in 2002, you can say “you support authorizing military operations in Iraq.

This way Senator Kerry looks strong on defense, but when you’re actually running for President, now you decide you’re against the Iraq War. The classic “I was for it before I was against it”. Here’s the best flip flopper in the business today and headed for a first ballot nomination to the Political Pandering Hall of Fame and that’s assuming he retires from running for public office, Mitt Romney.

Mitt Romney- “I was a Liberal when I was running for U.S. Senate in Massachusetts. A Moderate when I was Governor of Massachusetts. Now that I’ve decided I should be President of the United States, I’ve decided that I’m going to be a Conservative Republican or what passes today as a Conservative Republican today.” That would be Mitt on truth serum. Imagine forcing politicians and candidates to take truth serum every time they spoke to the public. Would the public still say they want honest politicians?

But wait it gets better. Religious and neoconservatism isn’t very popular with Independent voters. Who tend to want big government out of their wallets and bedrooms. “So I’m still a Conservative, but a Conservative who’s tolerant, who focus’s on economic and foreign policy”. Where Republicans tend to be strong with voters, “but I don’t push Social Issues”. That is what a conservative establishment Republican would tell Independent voters. So they just get the votes of Christian and Neoconservatives in the Republican Party.

But then focus mostly on Economic and Foreign Policy if I become the Republican nominee. You run far-right in the Republican primaries. But then once you get the nomination, now you know the far-right won’t get you elected President by themselves. So you move to the center-right and say “what people do with their personal lives is personal, or should be left up to the states”. As you focus on economic and foreign policy while in office.

Again its easy to tell people what they want to hear, to be for everything. Just not everything to the same people at the same time. Because then you don’t have to be against someone and risk losing their vote. The hard part and where leadership comes in and how public officials become successful at doing their job and not just keeping their job is doing things because they are right, even if it offends your base right or left, or even offends Independents.

Knowing you’re going to offend people, but that it’s the right thing to do. Which means telling people things they don’t want to hear from time to time. Which is where political pandering becomes a weakness. You can’t please everyone all the time and be a leader. Because otherwise you’re just a follower with your hand down someone’s wallet, or up their ass, looking for every available dollar, perhaps even foreign dollar you can grasp to get either reelected, or run and get elected to higher office.
.