The Honest Broker: Franklin D. Roosevelt- ‘I Welcome Their Hatred’ 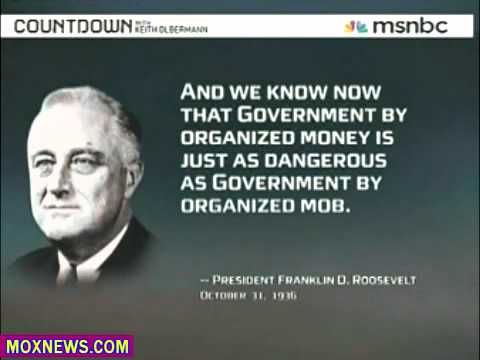 “This was a liberal president without abused woman syndrome.”

From The Honest Broker

When President Franklin Roosevelt said: “I welcome their hatred.” he was referring to be big business in America, who before the 1930s, the Great Depression as FDR’s New Deal, pretty much had their way in America as far as how they ran their businesses.

And what FDR was saying to them, was no more. And now there are  going to be rules as far as how private businesses will be able to operate in America. And there are going to be set benefits for their employees. And a safety net (which is what the New Deal was) for people who fall through the cracks of the American private enterprise, capitalist system.