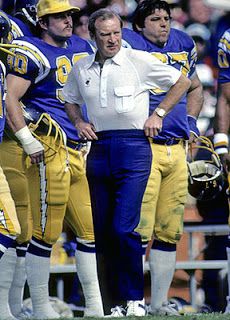 “The Chargers are one of the most snakebitten franchises of all time. Despite having great offenses during the days of the AFL, the 1980’s, and even now, the team has not won any championships. Even though the city of San Diego seems to have cursed sports teams, a lot of great players and coaches have worn Chargers colors.”

“The story of the offense that changed NFL history, but never could quite reach the ultimate goal of a Super Bowl. The NFL Throwback is your home for all things NFL history.” 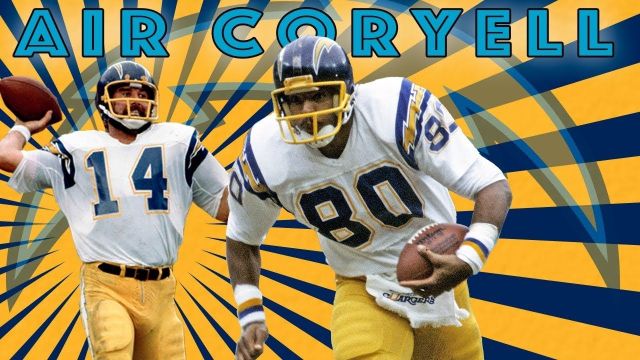 About 10 years ago NFL Films and NFL Network was doing a Missing Rings series about NFL teams that they should’ve won the Super Bowl, but didn’t. The 1990 Buffalo Bills were part of that series, the 1969 Minnesota Vikings, the 1988 Cincinnati Bengals, and the 1981 San Diego Chargers. For me for a team to qualify as a Missing Ring, you had to have the best team on paper and the best talent for that particular season to qualify as a Missing Ring team and then not win the Super Bowl that year.

I believe if the 1979 San Diego Chargers managed to not have been upset at home in the AFC Divisional against a Houston Oilers team that was missing both their star tailback Earl Campbell and their starting QB Dan Pastorini and had they somehow upset the defending Super Bowl champion Pittsburgh Steelers (the Super Steelers of the 1970s) that they probably would’ve beaten the Los Angeles Rams in Super Bowl 14, they would’ve been a heavy favorite anyway. But they lost to an average Houston Oilers team that was missing their star tailback and QB, at home in the AFC Divisional.

What I believe Don Coryell’s Air Coryell Chargers should be remembered for as are teams that scored a lot of points, especially in the regular season. But tended to be at their worst when they need to be at their best. Like in the 1979 AFC Playoffs, the 1980 AFC Championship against the eventual Super Bowl champion Oakland Raiders, or against the Cincinnati Bengals in the 1981 AFC Championship.

What’s supposed to pass a great team today is a team that scores a lot of points and has a lot of great personalities, and a lot of followers on social media, gets their own reality show or documentary made about them. That’s just the way the modern NFL is today which is just another division of celebrity culture in America and the NFL wants to make as much money from that as possible.

But in the 1970s, 1980s, and even in the 1990s, to be a great team and to considered one of the best ever, you needed to have a great team. Unless NFL Commissioner Roger Goodell has already changed this: the NFL still has two sides of the ball and three phases of it: offense, defense, and special teams.

You can score 30, 35, 40 points a game and average that for a season, but if you’re giving up almost as much as you’re getting, you might lose half of your games, or struggle to go 9-7 or 10-6 and sneak in as a wildcard, because your defense was just good enough to do that. The 1981 Chargers were 10-6 and had to beat the Miami Dolphins on the road just to get to Cincinnati where they lost to the Bengals in the AFC Championship.

The Air Coryell Chargers weren’t great teams, because they didn’t win anything other than 3 AFC West titles. The 1980s Oakland Raiders who beat the Chargers in the AFC Championship at San Diego, won Super Bowl 15 as a wildcard team and they had a better team than the Chargers, because they scored a lot of points as well, but they also had one of the best defenses in the NFL that season.

And Charger fans can talk about Fred Dean, Leroy Jones, Gary Johnson, Louie Kelcher, and perhaps other great Charger defenders as well, but they traded most of those players way except for Kelcher and were gone by 81. And even when they had those defensive lineman they didn’t do them much good against the Raiders in 1980 or 79 against the Oilers.

Back then to be a great team, you needed to have a great team. Great offense is nice, but if you can’t consistently get stops on defense and you turn the ball over a lot, you’re going to lose a lot of big games. Which is exactly what happened to the Air Coryell Chargers.