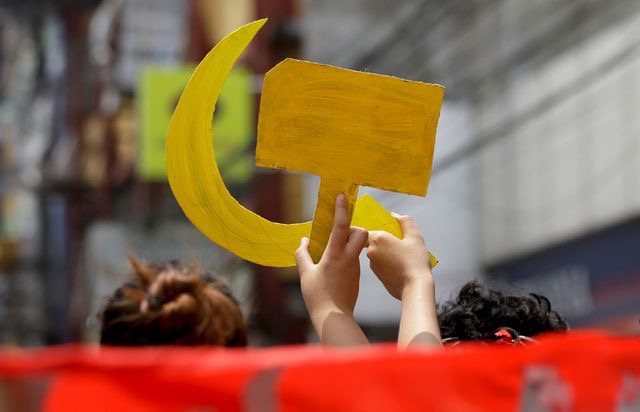 Source:People’s World– A rally for Communists?

“As an activist in my early 20s, I didn’t know much about what communism really was; all I’d heard was they were bad people that could hurt you and your loved ones. Being active in the Chicano student movement, I came across a member of MEChA (Movimiento Estudiantil Chicanx de Aztlán) who mentioned to me that the Communist Party USA was giving a class on Marxism and asked if I was interested in going.

On the first day, the teacher talked about why there were rich and poor people. He said the reason there were poor people is because those that own the manufacturing companies, businesses, and natural resources (the “means of production,” as I learned that afternoon) took advantage of those that worked for them by paying low wages while making lots of money selling the products workers made. As a simple example, he explained how it might cost a company $0.50 to make a pair of shoes, but it would then turn around and sell the pair for two, three, or more times that much. The raw materials were infused with the labor power of the workers to create new value. That new value was the source of profit. “That makes sense,” I thought to myself.” 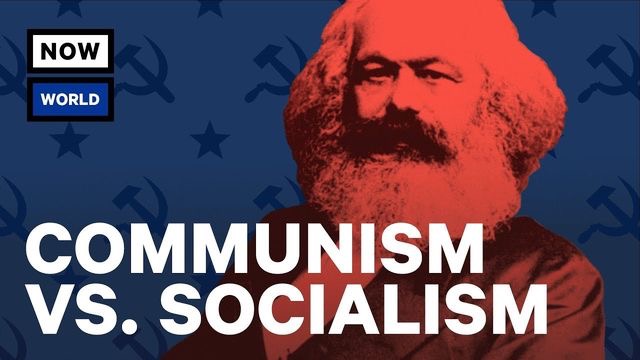 Source:Now This World– Seriously, what’s the difference? No for real, I really want to know.

“There’s a lot of confusion surrounding the terms Communism and Socialism. The two are often used interchangeably, even by entire governments and political leaders, but they are not the same at all! So what’s the difference? Find out in this quick explainer!”

From Now This World

I’m going to respond to both Rosana Cameron and Jules Suzdaltsey about their interpretations of communism and then talk about what I think about both of those definitions.

According to Rosana Cameron, she’s a Communist because she’s seen how the rich hurt the poor and how they’ve been allowed to have so much, while the poor have so little and that the state should own the means of production to correct what she calls that injustice.

He also said that these countries that are supposedly run by Communists, are really socialist states where the state is in control of everything. But if you listen to Bernie Sanders and Alexandria O. Cortez today, ( two self-described Democratic Socialist members of Congress ) their vision of socialism is very democratic and not authoritarian at all. Where the state would be in control of the wealth in society to be used to make sure that everyone has the basic necessities in life.

This is one reason ( and just one ) why Socialists and Communists have always represented the Far-Left in America and a lot of the developed, democratic, Western world, along with the fact that people in these countries tend to like their freedom and like having money and not living in deep poverty, but that Socialists have always had a hard time explaining what they actually believe and what it means to be a Socialist.

Which is why you basically now have these two competing wings in the socialist movement in America where the so-called democratic wing of the socialist movement are called Democratic Socialists, ( at least by the people who have the balls to call themselves Socialists, not Progressives or Liberals ) with Communists still trying to figure out where to they go from here. They no longer seem interested in overthrowing the U.S. Government and Constitution through revolutionary force and replacing our liberal democracy with a socialist state, but they’re not ready to completely get in bed with the Bernie Sanders of the world and call themselves Democratic Socialists either.