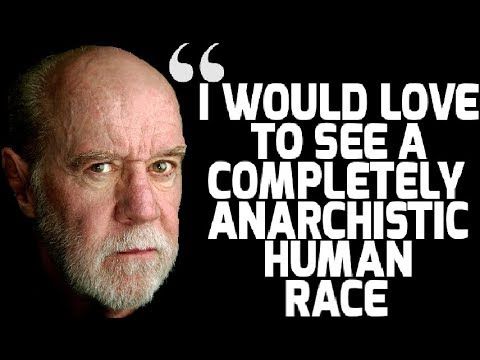 “Social anarchism (sometimes referred to as socialist anarchism or anarcho-socialism) is a non-state form of socialism and is considered to be the branch of anarchism that sees individual freedom as being interdependent with mutual aid. Social anarchist thought generally emphasizes community and social equality, while respecting the individual and individual thought. The term emerged in the late 19th century as a distinction from individualist anarchism.”

So, from reading up on what’s called socialist anarchism, it looks like there would be a socialist society ( if they got their way ) but with no government. Just a large community of individuals living together, but without any topdown authority not just telling people what they can and can’t do, but not doing anything for them either. Where everyone there would be there to share what they have with each other, because they want to, but not because they’re being forced too.

Imagine the largest hippie compound somewhere out in the middle of nowhere California or some state with a lot of rural territory. Or Jonestown ( if you’re familiar with the Socialist Reverend Jim Jones ) but without the crazy, murderous dictator. Or imagine The Manson Family compound ( if you’re familiar with Charles Manson ) but without the crazy, murderous, spiritualist cult leader.

This might sound crazy, but I could see how Libertarians would like this philosophy, because of the voluntarist aspects to it, instead of the state mandating it. And I could see how Socialists would hate it, even though socialist anarchism ( which is not an Oxymoron ) would hate this and I’ll explain that.

The Libertarian positives about this are obvious: a community of people coming together, that polices themselves and voluntarily shares their property. Not Uncle Sam or Uncle Fidel, or Uncle Adolf, Uncle Joseph, or any other big government uncle coming by, not knocking on someone’s door, but knocking to down and confiscating someone’s property. And saying that these people have too much and these people have too little and big government is going to come in and equal the score. ( So to speak ) I’m guessing that there’s no such thing as Robin Hood in a socialist anarchist society.

If you’re familiar with my recents posts about George Carlin, you might think that I see him as some type of Libertarian or Classical Liberal, ( Classical Liberals, are the real Liberals ) but he wasn’t. Yes, he was a hardcore individualist when it came to personal freedom, freedom of speech, and individuality. But when it came to economic policy, what’s called identity politics, cultural issues, American life and America in general, how he felt about Americans, he was right inline with the New-Left Socialist thinking and philosophy of the late 1960s and 1970s.

Which meant George Carlin sounded like Ayn Rand on social issues and on individuality, but he was right inline with Professor Angela Davis, political activist Tom Hayden, and other New-Left Socialist activists from that period. When you think about George Carlin’s politics, think about peanut butter on a hot dog; might sound like a crazy and nasty combo, but it worked for him because that’s who he was.