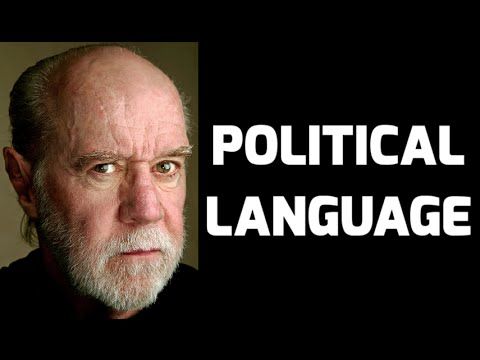 “When Will Jesus Bring The Pork Chops?”

George Carlin, here talking about how politicians cover up not just their mistakes, but immoral and sometimes even illegal behavior.

Anyone who isn’t learning impaired, intelligent, sane, sober, and immoral ( which might be an unique, elitist club today ) knows that the first, major, an deadly mistake that President Richard Nixon made during the Watergate investigation over than trying to cover up the scandal, was to not come out with what he knew about it from day one.

Remember, President Nixon didn’t personally order the Watergate break-in: that was done the head of his campaign John Mitchell. President Nixon, could’ve stayed out of it and let the FBI do their jobs and the people who would’ve gone down for it, would’ve been members of his campaign and people that were hired by those people the bunglers ( or burglars ) to do the Watergate break-in. Not President Nixon, or his Chief of Staff Bob Haldeman, senior advisor John Ehrlichman. Just Attorney General ( how ironic ) and top members ( or soldiers ) of his reelection campaign.

The lesson that crooked politicians ( our taxpayer funded crooks and liars ) get from Watergate, at least when they’re guilty of whatever they’re being accused of is to deny and coverup. Just flat out lie ( or bullshit ) about what they’re actually guilty of. Thinking that they’re constituents ( or blind followers ) are too dumb, don’t care, or simply won’t believe the allegations that have been made against their dear leader.

The problem with that argument is that it’s not their blind followers that are going to hold them accountable, but instead it’s the law enforcement officers and prosecutors that are investigating them and will hold them accountable. And law enforcement officers and prosecutors, tend to be the bright and educated and are smart enough not to take the word of a politician’s when they’re under investigation, because when their own eyes, ears, brains, and the best available and objected evidence suggests that the politician under investigation might actually be guilty of something that is really wrong and even illegal.

Being smart enough to not automatically take the word of a crooked politician over the word of your own ears, eyes, and the facts and evidence that’s right in front of you, unfortunately makes you very unique in America. Which is why crooked politicians in America and around the world tend to get elected and reelected over and over.