“A common populist attitude in American politics is the idea that public service should not pay well. By this view, being a politician shouldn’t be about grubby paycheck comparisons, but instead high-minded public virtue. State legislators in Texas make just $7,500 per year, for instance, while those in New Mexico have no salary whatsoever. Last week, this mindset helped kill a bipartisan agreement to give Congress a pay raise for the first time in 10 years.”

Read the rest fo Ryan Cooper’ piece at The Week 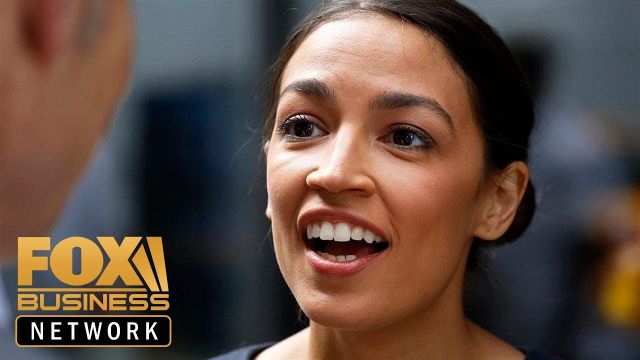 FOX Business Network (FBN) is a financial news channel delivering real-time information across all platforms that impact both Main Street and Wall Street. Headquartered in New York — the business capital of the world — FBN launched in October 2007 and is the leading business network on television, topping CNBC in Business Day viewers for the second consecutive year. The network is available in more than 80 million homes in all markets across the United States. Owned by FOX, FBN has bureaus in Chicago, Los Angeles, Washington, D.C. and London.”

Ryan Cooper, seems to be arguing in The Week that if you want more government, then you should pay more for it. The last time I checked, our members of Congress ( House and Senate ) are supposed to be public servants; meaning they work for us, they serve their country, and give up quite a bit like having to work not just outside of their hometown, but home state in order to serve their constituents.

They’re not entertainers, ( even though a lot of what they say is actually entertaining and ironically funny ) they’re not athletes, ( even though they fight so much they really sound like they should be in a ring ) they’re not businesspeople, ( even though a lot of them seem to be there to personally benefit themselves and love the perks that they give themselves at taxpayers expense ) meaning they’re not there in Washington supposedly in Congress to make money, but are supposed to be there to serve the people that they’re supposed to represent in their districts and states.

The average American makes around $55,000 a year: the average member of Congress, makes $174,000 a year: what they are they complaining about? We’re not talking about pro-athletes here who complain about someone who plays the same position as they do for another club and is about as productive as they are, but who just signed a new contract that pays them a helluva lot more than the other guy who is just as good, if not better, with the other guy now demanding that he gets a new contract, even though he still has 4 more years on his current contract. ( I know reading that last point can make people dizzy ) Pro-athletes, are in it for the money for the most part and most people understand that.

If members of Congress want to make more money, that they should get the hell out of Congress. I’m sure a lot of their own constituents would gladly volunteer to help them pack up and move. Maybe Representative Alexandria O. Cortez, can open up her new bar with her $174,000 a year Congressional salary and get a small business loan if she needs it. Otherwise, they’re already making 3 times the average American and if they’re really interested in pay raises here, they should be working to get pay raises for their own constituents back home who on average make a lot less money than they do.

And if Congress still wants more money, they could be a lot more productive like actually doing their jobs like passing budgets and appropriations, an infrastructure bill, and then maybe their constituents will feel like personally giving them a new raise.