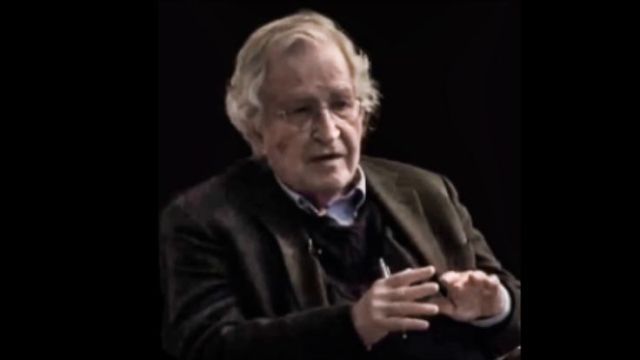 Professor Noam Chomsky, will never get mistaken for a Ronald Reagan, William Buckley, or Barry Goldwater Conservative, except for perhaps in one area: when it came to free speech, Professor Noam Chomsky is to the right of Reagan on free speech and believe that free speech is for everyone. Not just Hippies who oppose war, but for right-wing Nationalists who hate minorities. These hard-core Leftists on the Far-Left ( whether you want to call them Socialists or Communists ) might view Chomsky as a Conservative, simply because he believes in free speech. But disagreeing with these Leftists on anything, is like saying no to Joe Stalin: you put your life or career in jeopardy when you do that. You’re either with these hard corse Leftists on everything, or they see you as part of the opposition.

Something else that these Far-Leftists should think about: if they’re successful in censoring speech that they don’t like, the right-wing at some point could come in and start outlawing music and other entertainment that they don’t like, or political demonstrations that they disagree with. Which is what they tried to do in the 1960s with Vietnam War protests and pro-civil rights demonstrations. It’s that old Martin Luther King line about every action having a reaction to it: when you take action against someone on the other side especially an action that they despise like trying to cut off their free speech rights, they’ll do the same thing against you when they’re in power.

If you’re going to live in a free society like a liberal democracy, there are certain actions and views from others that you have to put up with. You don’t have to accept them or agree with them and you’re more than welcome to oppose them and demonstrate against them. You just can’t use your freedom to deny someone else’s their freedom, simply because you disagree with their personal choices and views. If you don’t accept the concept of a free society and oppose liberal democracy, try living in a communist or nationalistic state where the government is there literally to hold onto power and they do that by severely limiting what their people can do so they can hold onto power.