Posted on December 26, 2014 by Ederik Schneider 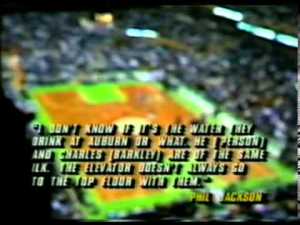 A very interesting game, not just because it was a double overtime shootout, but also because it was one of the great Larry Bird’s last big games. 1992 was Larry Legend’s last season and a time when the Celtics were in transition. No longer a prominent NBA Finals contender and moving from a half-court based low-post motion offense team, to a more finesse team that would look to break a lot, with a lot more athletic players. And the early 1990s Celtics were also a deeper team where Legend, Kevin McHale and Robert Parish no longer had to play 35-40 minutes a night for the Celtics to beat good teams. Because they had good players on the bench on the frontline and in the backcourt. Like Ed Pickney, Dee Brown, Joe Klein and others. With Reggie Lewis now as a full-time starter and perhaps their best scorer. And also with Brian Shaw and Kevin Gamble. I would’ve loved to of seen a healthy Legend, McHale and Parish, to go with the young good players that the Celtics had in the early 1990s.

The Blazers of 1992 were like the Blazers of 1991 and 1990. A very talented deep all around team, that could score a lot of points and score fast with a lot of weapons. But were also one of the best defensive teams and rebounding teams in the NBA as well. But this was all when they were on, which was the story of the 1990s Blazers. The most consistently inconsistent winning team perhaps all-time in the NBA. So when you were playing the Blazers, you didn’t know who you were playing. Were you playing perhaps the best team in the NBA when they were on, or were you playing a team that looked like they could be beat by a bad team at home. They would make a lot of great plays and then follow them up with a lot of bad mistakes. Win a lot of games and then go on a losing streak. So this was one of the most interesting matchup’s in the NBA in 1992.