Posted on December 12, 2014 by Ederik Schneider

“Don’t vote it only encourages the bastards”. Well I guess another way of looking at that would that if you don’t vote, some dumb bastard will vote instead and vote for the crooked bastard that is in office. Voting is not the problem with politics or democracy. Sure, voting is how we get bad politicians in the crooked and incompetent sense. Meaning someone who is simply in office to further their career, or simply not up to and qualified for the job they were elected to. But those politicians tend to get elected by people who vote based on personality and pop culture relevance. “I like Joe or Sally, because we use the same computer or smart phone, or have the same interest in movies or sense of humor”.

It’s the dumb voters and the smart people who are too lazy to vote that are the problem with American politics. Not good people who run for office and get elected, or lose to people, because they didn’t have the funds to fight back against very skillfully attack ads and, well bullshit that was thrown at them from, well a bastard politician or candidate running against them. A crooked candidate or politician’s path to victory is the stupid vote. “If I can win the stupid vote and discourage smart people who know what I’m about and what I’ll do if I win from voting, I’m home free. 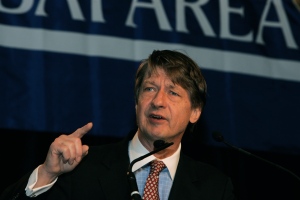