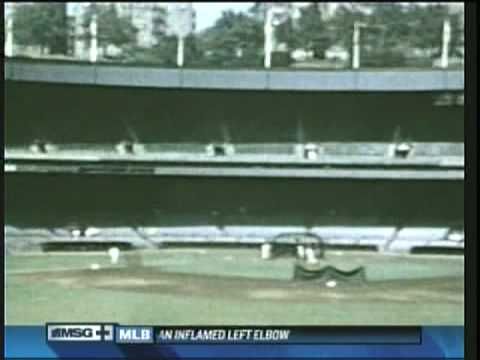 “During Baseball’s Golden Age, there were several unique places where America’s Past Time was played. Today only Chicago’s Wrigley Field and Boston’s Fenway Park remain as vestiges of a bygone era.”

As someone who loves baseball especially Major League Baseball, I have a collection of books about its history because it’s such a great game that I love. And has such a great history which to me at least is more interesting than the game today. I feel the same way about the National Football League. I’m into MLB history so much that I have at least three books that are about the old ballparks of MLB.

And in these books you see photos of pass ballparks of MLB. Like the old Yankee Stadium, the old Oakland Coliseum before the Raiders moved back into it. You move the seats forward in the foul territory of the Coliseum and you are talking about a perfect ballpark, as long as you only play baseball in it. It has like a mile of foul territory in it, so dugout seats at the Coliseum or home plate seats actually weren’t that great because you were so far back.

The old Candlestick Park in San Francisco, that didn’t have the upper deck in the outfield, that was put in for the 49ers was a beautiful ballpark. Tiger Stadium in Detroit that was great for both pitchers and batters, depending on where the batter hit the ball. Was also a great ballpark. Baltimore Memorial Stadium one of my favorites as an Orioles fan, but also because I love watching games there, another great ballpark, where the fans were on top of the action. High walls in right and left field so fans there were looking down at the action.

What was great about the old ballparks, unlike the 1970s and 80s with the cookie cutter stadiums that were designed for both football and baseball, was that the old parks were built and designed for baseball. So the fans were on top of the action and had a great view of the game. And in many cases there were no upper decks in the outfield. So you could see a lot of the city that the park was located in. Crosley Field in Cincinnati was a perfect example of that.

So the architecture of these ballparks was a lot better. You just didn’t have great seats and that meant in basically every part of the park, but you had a great view of the rest of the park and part of the city the park was located in. Unlike some of the cookie cutters like in Pittsburgh, Philadelphia and other places, where the only view of the park you had, except for the game, was the rest of the stadium depending on where you sat. So if you had upper deck home plate seats, what you saw from there was the upper deck in the outfield.

One of the great things about Major League Baseball is that in the last twenty years, the league has moved away from the cookie cutter multipurpose stadiums. And back to having ballparks just for baseball and other entertainment events, but just the baseball team would play there. Instead of sharing a stadium with a football team, where the stadium is too big for baseball and in some cases too small for football.