Posted on September 8, 2014 by Ederik Schneider

Here’s a great comedy duo for you. Da Coach perhaps better known as Mike Ditka the former head coach of the Chicago Bears in the 1980s and early 90s. And of course The King of LateNight Johnny Carson. In January of 1987 and I only know that because they were talking about the upcoming the Super Bowl 21 between the New York Giants and Chicago Bears. The Bears sort of had a disappointing season in 1986 which is why they weren’t back in the Super Bowl that season.

Johnny Carson seem more interested in when Bears quarterback Jim McMahon than anything else. And of course Coach Ditka’s famous temper as a head coach. And not talking about the Bears 86 season where they didn’t even get back to the NFC Final that year and instead lost the divisional playoff to the Redskins. I think Ditka pretty much nailed it when he said that “it is not that Jim McMahon doesn’t like him personally, but that Ditka is the coach and McMahon doesn’t like authority figures at all”. And Ditka was McMahon’s head coach that McMahon was directed by. 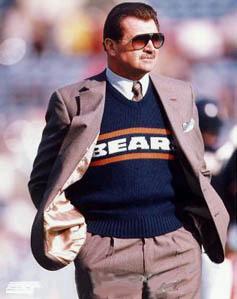