Johnny Carson is not the best interviewer of all-time, but he was a very good interviewer. A bright guy who did his homework. Johnny is not the best standup comedian of all-time, but he’s certainly on the short list of greatest standup comedians who have ever performed. But what Johnny is, is the best comedy talk/variety show host of all-time because of his ability to do so many things and play so many roles. That generally started off with a very good standup performance of his own, followed by an interview that he would do.

The Johnny Carson Show was real and it was about Carson and what made Carson work. The standup part for him and perhaps the comedy skits were natural for him. But the interviews and preparation were work because that wasn’t his background, but he was intelligent and knew enough about the other issues he dealt with like interviewing public officials and politicians and interested in those things as well that he could interview people well and have intelligent conversations with them. 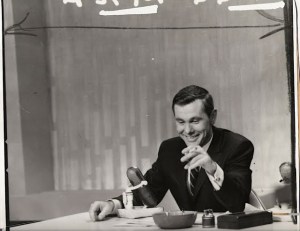 The King of Late Night