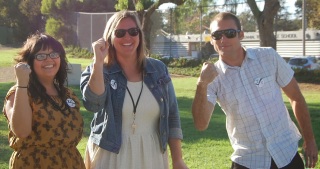 This post was originally posted at The New Democrat on BloggerJust to correct David Harsanyi for a moment. The creation of the nanny state is not a “big city liberal idea”. The nanny state is anti-liberal and statist at its core. It is the ultimate “we the state know better than you even though we never met you or know you, but we still know better than you how you should live your own life”. And both statists on the Left and Right are in favor of the nanny state. Whether it comes to soft drinks, junk food, light bulbs on the Left. Or pornography, certain types of music, movies, homosexuality and speech on the  Right. And gambling, narcotics even marijuana, alcohol and tobacco on both the Left and Right. The Far-Left and Far-Right tend to agree on certain key personal choice issues.As far as young Americans and this is where both the future of liberalism and libertarianism looks good. Millennial’s on the Left like the idea of a public safety net, but there to help people in need. Not to manage their lives for them. So they like the idea of a public social insurance system for people who are unemployed, can’t afford enough food, health insurance, housing etc. But don’t want a large welfare state to manage their economic affairs, or nanny state to manage their personal affairs for them. You have young Liberals like this in the Democratic Party. And you have young Libertarians who are against the safety net all together in and outside of the Republican Party.Which is good news for people who believe in both economic and personal freedom on both the Left and Right. That you have a large percentage of Americans in my Generation X who believe in both whether they believe in a safety net or not. And you have such a large percentage of Millennial’s who believe in both economic and personal freedom on the Right as well. Which gives both Democrats and Republicans Liberals and Libertarians a real opening to appeal to these voters if they choose to.