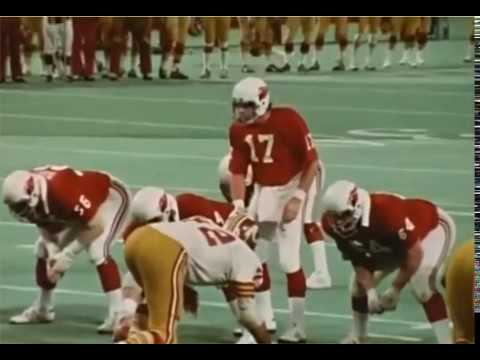 “Jim Hart hits Mel Gray with a controversial game tying TD vs the Redskins. The catch would become known as the “Phantom Catch” and the Redskin fans are still not happy about it.”

From the St. Louis Football Cardinals

The Redskins probably would have made the NFC Playoffs in 1975 had they beaten the Cardinals in St. Louis, and perhaps even the NFC East as well. But instead they missed the NFC Playoffs in 1975 for the first time since 1970, because their offense was inconsistent (at best) struggling to put points on the board all season and putting too much pressure on their very good defense. But the Cardinals, who had been longtime losers, were very good in 1974 and 1975, winning back-to-back NFC East titles.