One of the things I respect most about Dr. Martin L. King is that even though he must have had a lot of at least inside anger because of all the racism and racial discrimination that he and the African-American community endured in this period, that because he had so much class, intelligence and was such a peaceful man, that he generally did not show it. And instead used his intelligence based on the facts to bring so many people of multiple races behind his cause. Instead of using his anger and dividing the country even further. Dr. King was a true leader and used whatever anger he must felt in a positive sense as a motivator to stay on course and move his movement in the right direction. And get the people behind him to accomplish his goals. And this was from people of multiple races and not just of African and European descent. But people of all races behind him. 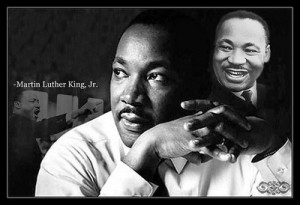