Posted on November 8, 2013 by Ederik Schneider

I’m not a fan of political correctness myself, because I am a Liberal not because I’m not a Liberal. I’m against all racial and ethnic slurs and all other types of slurs that try to paint one group of people as they are. All the way, but again as a Liberal I believe in the First Amendment and the ability for people to speak freely. As long as they aren’t threatening or libeling people in a negative way or inciting violence in public. And those are really the only exceptions we have to our First Amendment in the United States.

Just because people have negative, bigoted and ignorant views about others, doesn’t mean they do not have a right to express those opinions. As long as they aren’t calling for those people to be harmed physically or economically in any way. If you are a Liberal, you believe in the First Amendment and are in favor of it. And you do not believe in these things, you are not a Liberal. Because liberalism is about one’s ability to speak freely and assemble in public and in private. And you take away free speech, you do not have much if any remaining of what can be called a liberal democracy. Because you are taking people’s freedom away from them.

So when I hear these political speech codes from people who are supposed to be on the Left, because someone or a group of people are saying things that these leftist groups find offensive, because it offends people they support, generally racial or religious minorities, or political minorities on the Far-Left, like Communists and Socialists, one I disagree with them. Because we all as Americans including the Far-Left have the First Amendment right to express ourselves and have our own opinions. Including the Far-Left and Far-Right.

But it gives me the impression that some at least on the Far-Left do not believe in free speech, or at least free speech that they disagree with. But the other thing that gets me as a Liberal is when I hear supporters of what is called the political correctness movement, people who are supposed to be Liberals, when of course they are not, because they believe in a form of fascism. “That is you can say what you want and believe in what, until you offend us. And that is when we are going to try to shut you up. And there is nothing liberal about that.

It is pretty simple. If you are a Liberal you believe in free speech and the First Amendment. And if you do not believe in these things, you are not a Liberal. But perhaps a Fascist either from the Far-Left or Far-Right. Bigotry is an awful thing and in many cases illegal in the United States when it is put into action. But that doesn’t mean Americans do not have a right to be stupid, it just means they do not always have a right to act on those stupid beliefs. When they hurt innocent people with them. Like denying people jobs based on race, ethnicity, gender to use as examples. 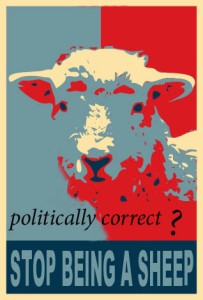