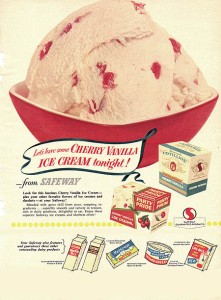 This post was originally posted at FreeStatePlus on WordPress

Washington Examiner: Opinion: Cal Thomas: Back to the 50s

There is a movement in America that’s religiously based at least to a certain degree that believes that America has been going down hill at least culturally since the 1960s. When more Americans like African-Americans were given the same freedom as Caucasian-Americans under law. Where women had the same freedom as men and where more Americans who came of age in this decade no longer felt the need to live their lives like their parents and grandparents. And felt free to live their own lives and not worry about being called Un- American or immoral.

I call people who believe America has gone downhill since the 1960s and that the Baby Boom Generation has essentially ruined America, or at least their version of America, the Traditional Values Coalition. But perhaps they should be called the 1950s Generation. The Silent Generation Club perhaps of people who grew up in the 1950s and came of age in the 1950s. But in Cal Thomas’s case not to give away his age or anything, but he was born in late 1942, so yeah he did grow up in the 1950s, but he came of age in late 1960 or 63, depending on how you define coming of age, 18 or 21. And went to college in the 1960s, whether he’s a Baby Boomer or not. He has experiences of people from that generation. But for some relates better to people who were born in the 1930s.

The Traditional Values Coalition or Silent Generation Club, are people who point back to the 1950s and before that as their utopia. Dad worked and was the man and head of the household, even though mom didn’t work and did at least the majority of the parenting of their kids. African-Americans were no longer slaves, but their role in life was to serve wealthy Anglo-Saxon-Americans. Both in the Northeast and in the South. Gays weren’t in the closet, they were trapped in the closet and locked in so tightly that a tank couldn’t knock the door down. And were expected to be quiet and not make any noise in life. Not that dissimilar to African-Americans role in America.

And what the 1960s the Baby Boom Generation did was to ruin the utopia for people trapped in the 1950s who do not seem capable of modernizing and adapting to the times. As the great Bob Dylan said, “Times Were A Changin” and the Traditional Values folks simply didn’t get that. And have decided that the 1950s is their great moment and time and they are not moving past that moment and live in a time machine or time warp. The 1960s blew down that door for them and blew down doors that were blocking opportunity for millions of Americans who didn’t happen to be Anglo-Saxon or male

There are economic collectivists who tend to be Progressive or Socialist. But there also what I call cultural collectivists on the right. Neoconservatives who believe there is one way for people to live and one way for Americans to be American. And when we leave this status quo to live our own lives, that we are damaging society and free to make mistakes with our own lives that others have to pay for and so-forth. Liberals and perhaps Libertarians like the 1960s because individual-freedom became available to more Americans.

The 1960s created a New America where more Americans including women of all ethnicities and races, African-Americans gays were free to live their own lives and not feel the need to live the way their parents and grandparents did. Where the common TV show no longer feature a man coming home from work and saying, “honey I’m home”, with his lovely wife saying, “hi honey how was your day”, the man saying, “it was a bear and I’m bushed. What’s for dinner?” Because now moving up to modern America, honey might be still at work when her husband gets home. And working with other women and perhaps people of different races and ethnicities.

Neoconservatives as we see today in the Tea Party to use as an example, dislike the 1960s for those exact same reasons and see things like divorce, pre-martial sex, pornography, adultery, homosexuality, perhaps heavy metal music to use Rick Santorum’s case and hip hop as threats to society that must be eliminated. They want to lock up Americans for their own good and end what they see as their immoral behavior. Why because, they live in a time machine stuck on 1955 and don’t see the America the rest of the country sees.

The Traditional Values Coalition like to point to the 1950s as a decade when we were less individualistic and more collectivist as a country culturally, as a time that we should move back to in this new national time machine that would of course have to be funded by American taxpayers. And if anything we have too much personal freedom today that must be cut back for the good of the nation.

Everything wasn’t bad about the 1950s and the 1960s was certainly not a perfect decade. But with the 1960s came more individual freedom for people to live their own lives. And you combine that with individual responsibility as well and we would really have a liberal democracy. That could work for everyone with everyone able to make their own decisions. And then have to deal with the consequences of their own decisions.
.