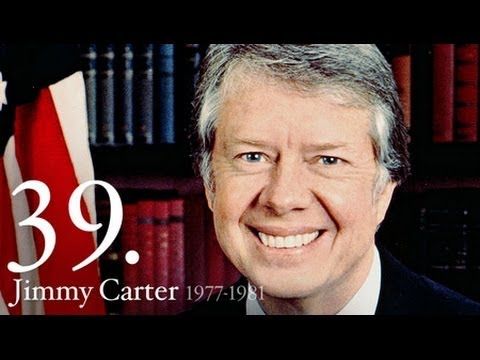 This might be putting it simplistically, but Jimmy Carter’s presidency and the late 1970s might be able to be summed up in what was dubbed as his malaise speech. Even though it was a hell of a lot more complicated than that. Despite President Carter’s brilliant ability to examine issues and problems, this speech however you want to define it, sounded like a lecture on what was wrong with the American people.

Seeming to blame the problems that the country was facing on themselves. That what the center of our problems, the reason for our economic problems was materialism that we wanted too much. Instead of the fact that it’s not that the country wanted too much. But the fact that a lot of middle class Americans and low-income people were fighting just to survive, to make ends meet. Which was very difficult because of the high unemployment, high interest rates, high inflation and the energy shortage.

The bad economy was the center of America’s problems and that was bad enough. And then throw in the foreign policy issues of late 1978 into 1979 and 1980, with the Monarchy in Iran collapsing in early 79, the Iran hostage crisis of November, 1979, where Americans at our Embassy in Tehran were taken hostage and held for fourteen months, with Russia invading Afghanistan in 1980. It was a lot on any President’s plate, even for a President as intelligent as Jimmy Carter.

I’ve said this before, but Jimmy Carter as President had a brilliant ability to examine issues for what they were for and understand them. But lacked the ability to figure out how to solve the problems. The economic crisis on 1978-90 and the malaise speech is a perfect example of this. He knew what the issues of the bad economy of that era were, but didn’t have a prescription to fix the problems.

He saw the economic crisis as something to do with the budget deficit. Even though compared with GDP the deficit was very small back then. Thanks to President Nixon, Ford and yes Carter limiting federal spending. The main issues with the economic crisis had to with high unemployment, high interest rates and high inflation. And the way to solve economic problems is putting people back to work, even if that means running a short-term deficit. Or increasing the deficit, because once you establish solid job growth, you get the economy running again and you can address whatever budget deficit you had run up.