CBPP: ‘Policy Basics: Where Do Federal Tax Revenues Come From?’

Source:CBPP– How the U.S Government is funded.

“Did you know that the U.S. federal government collects more than $3 trillion in taxes each year? Where does all that money come from? Find out in this short video… 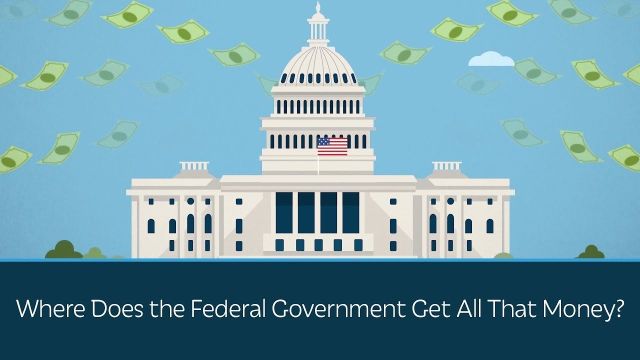 Source:PragerU– is actually right about something.

Before I get into this about the United States national debt and budget deficit, as well as taxes, there’s a long backstory to why I’m even writing this piece this week that I feel I need to get into. And I’ll try not to bore anyone to sleep with, or at least not into a coma.

One of the things that I love about Twitter and social media in general, is also one of the things that I hate about it. Social media is an excellent source for blog posts as far as what to write about. Perhaps not so much the information and opinions that come from it. And this latest Twitter debate that I’ve been in for the last week is a perfect example of that, but a great place for bloggers to use when they’re looking for something to blog about.

There was a tweet last week from the Peterson Foundation (Thursday, or Friday) who I follow on Twitter, because they believe fiscal responsibility and care about the national debt and budget deficit.

And their tweet was about how much the deficit and debt has grown just recently. I liked the tweet and replied I’m paraphrasing: “This means fiscal conservatism is almost dead in America and you can’t just blame Democrats for high deficits and debt and say that only they balloon the debt.”

Someone replied to me and said (paraphrase): “Its good that fiscal conservatism is dead.” Within hours and replies back and forth this actually became a debate about how government gets its revenue with the person I was debating actually claiming that taxes aren’t used to fund government at all.

Before I was making the point to him if we don’t need taxes to fund government and could borrow and spend indefinitely, then we don’t need taxes at all to pay for government. I was playing the devil’s advocate: I don’t believe that America has unlimited borrowing and spending authority, but this guy apparently does without actually saying that.

Maybe this guy isn’t a taxpayer and has never paid taxes in his life and is simply not aware of them and what they’re for. And maybe the next time I look at the Moon, there will be someone who waves at me from the Moon. (Since we’re speculating) I don’t know how an honest, intelligent, sane, and sober person, who pays taxes, can actually make the argument that government doesn’t gets its revenue through taxes and doesn’t spend the taxes that it collects.

So what are taxes for? To finance the government services that we have.

Who pays taxes? Anyone who earns money and earns a living, as well as anyone who purchases things for their living and lifestyle. Everything from food, to transportation, to luxury items. And again we pay these taxes at the Federal, state, and local levels, to pay for the government services that we receive.

The only reasons, facts, and evidence that you need to know that the U.S. Government or any other national or federal government in the world doesn’t have unlimited borrowing and spending authority, is that every government in the world (at least in the developed world) is funded through taxes and taxation. And in almost every case by the individuals who live in those countries.

If these government’s and countries’s, including America had unlimited borrowing authority, they wouldn’t need taxes to fund themselves, because they could run up unlimited deficits and debts by simply printing and borrowing all of their revenue. In case anyone is actually interested in facts and real evidence about taxation and government, as well as debt and deficits.