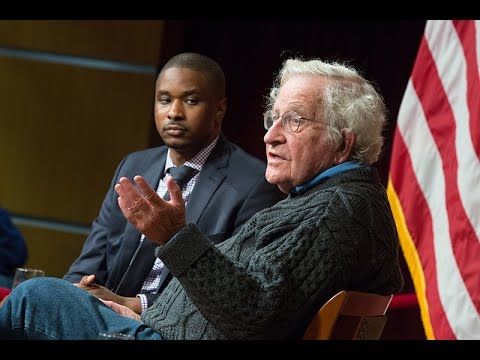 As someone who is not a psychic or a leftist, I would say the future of The Left ( as it’s called ) and I would argue Far-Left ( at least in an American sense ) will be about identity politics, the welfare state, big government in general, and I guess self-honesty. ( For lack of a better term ) Where you’ll have millions of young Americans especially who are proud to be Leftists ( let’s call them Socialists ) who no longer feel the need to hide who they are politically and even hide their own political labels.

This event was in late 2015 about 3 1/2 years ago but just go up three years later to November, 2018 and we now have a class of Democrats or at least prominent Democratic freshman in the House who are not just proud to be Leftists, but proud to be Socialists. Who just a few years ago would’ve felt the need to run in the Green Party to run for reelection and to have any shot at winning the nomination for the office they’re seeking, who today can run as Democrats and not just run as Democrats, but run as Socialists and Democratic Socialists.

The Democratic Party today thanks to Bernie Sanders in 2015-16 now has a significant Socialist faction in it. Whether that’s 20% or 30%, the Democratic Party today now has a significant, hard core Socialist base who believe that government can solve any problem that has ever been known to man, if it just has the money to do so. Which is very different from where the Democratic Party was just 10 years when they were basically just a Center-Left progressive party with a Far-Left fringe in it. 10 years later the Socialists in the party now look more mainstream with Democrats who just 10 years ago would be viewed as solid Progressive Democrats ( like Barack Obama ) , now are viewed as centrists or even Conservative Democrats. ( At least by the Socialists in the party )

What I just laid out looks very mainstream at least when you’re talking about the left-wing ( to say the least ) about the Democratic Party today. People who believe in social democracy or democratic socialism, who want a large centralized national government and welfare state there to meet the economic needs of all the people.

But the left-wing ( or Far-Left ) in and outside of the Democratic Party today are not all pluralists and don’t care for liberal democracy. It’s not just social democracy that they want, but believe that men aren’t necessary, ( at least Caucasian men ) that women aren’t just superior to men, but should be running everything, and generally view Caucasians especially men as ignorant and bigots, unless they come from the West Coast or Northeast and were educated there.