“When I hear discussions of how to encourage economic growth, along with equality and fairness, I sometimes feel as if the discussants are in the grip of a category confusion, like someone who rinses their vegetables in the shower and then tries to bathe in the kitchen sink. Here’s the confusion as expressed in an October 1990 opinion column by Donald Kaul, who was a prominent opinion columnist, mainly with the Des Moines Register, from the 1970s through the 1990s. Kaul wrote” 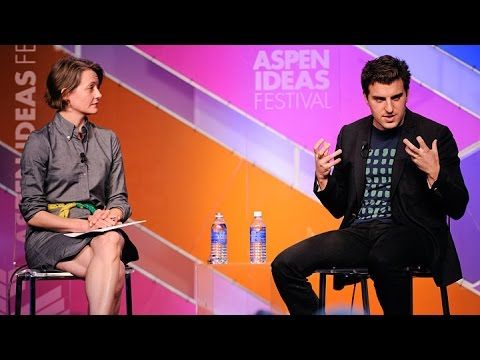 “Airbnb does business in 34,000 cities, has a valuation of over 10 billion dollars, and in a very short time has disrupted the world of hospitality and travel. Its co-founder and CEO Brian Chesky envisions the future city as a place where sharing is front and center — where people become micro-entrepreneurs, the local mom and pops will flourish once again, where space isn’t wasted, but shared, and more of almost everything is produced, except waste. But the journey from here to there won’t be all smooth sailing. What are the ups and downs of the sharing economy, as businesses like Airbnb confront critiques about regulation, economic development, and fairness? What role might businesses play in creating more shareable, more livable cities? How will the sharing economy, with its de-emphasis on ownership, be a tool for addressing urban inequality?”

From The Aspen Institute

You need a healthy private enterprise capitalist economic system for any economy to do well. That has been proven for a hundred-years now. Marxist state-control of the economy simply doesn’t work. A big reason why the Soviet Union collapsed is that they ran out of money and their republics wanted a different life for themselves free from Moscow’s central planning and economic control. The People’s Republic of China, figured that out as well forty-years ago and moved to a more private enterprise economic system. And the same thing with Socialist Republic of Vietnam and the Communist Republic of Cuba ten years ago under Marxist dictator Fidel Castro.

So the question is not whether you should have a capitalist private enterprise economic system, or not, but what type of private enterprise system you should have. And what is the role of your national government in the economy to make sure that as many people as possible have the tools that they need to do well in live on their own and paying taxes and not just payroll taxes so when people are struggling, you have the resources to help out the people who truly need it. Instead of having a superstate designed to take care of physically and mentally able people. Who could take care of themselves if only given the opportunity.

You don’t want government managing industries. You don’t want government doing practically nothing either. You don’t companies to be able to legally pollute the air and water, or pass those costs onto taxpayers. Or get away with not paying their workers for the work that they do. You also don’t want taxes so high that encourages people not to work and be successful at work. What you do want is as many people as possible to be as economically successful as they can be. You want to encourage people to finish and further their education.

You want to encourage people to do well at work. The larger your middle and upper classes are and the lower your low-income class is, the stronger economy you’ll have. Because the more people you’ll have that can afford to purchase the products they make. Pay their bills, have a good time like vacationing and eating out and so-forth, putting money away and the stronger economic growth that you’ll have.

The reason why I believe in limited government is because I only want government what it should do based on what its good at and what we need it to do. Government, should just be a referee, national insurance system and investor. Laying out the rules for how companies and individuals should relate to each other and the people who work for them and their consumers. But not try to run their business for them.

An insurance system for people who truly need and are out-of-work. Help them get back on their feet and get a good job, but not try to manage their lives for them. Investing in things like education, infrastructure, trade, job trading, people, by empowering people in need to get themselves on their own feet. The more people you have doing well in your economy, the stronger your economy will be, because of all the workers and customers that you’ll have who are independent, on their own and living in freedom and not off of government.

Blogger on everything that interests me and that I'm knowledgeable about.
View all posts by Derik Schneider →
This entry was posted in Economy and tagged American Economy, Capitalism, Economic Freedom, Economic Growth, Economic Liberalism, Job Growth, Liberalism, Limited Government, Private Enterprise, Role of Government, Timothy Taylor. Bookmark the permalink.