Posted on September 11, 2013 by Derik Schneider 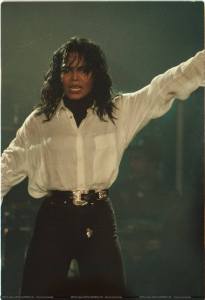 This post was originally posted at FRS Daily Journal Plus

I think the really great talented singers can sing more than just one style of music. Tina Turner would be a great example of that who is both a rhythm and blues and classic rock singer and also combines those two great sounds into blues rock. Eric Clapton and Dave Matthews does the same thing and I’m big fans of both. Janet with Black Cat becomes a rock star in the real sense. Not in the pop culture sense of someone considered awesome or cool. But someone who is a great singer rock singer. Who has great material and delivers it beautifully.